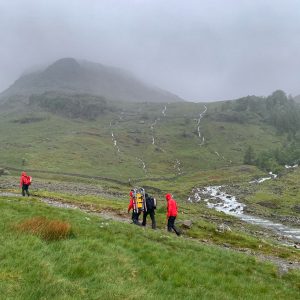 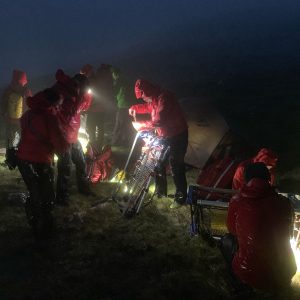 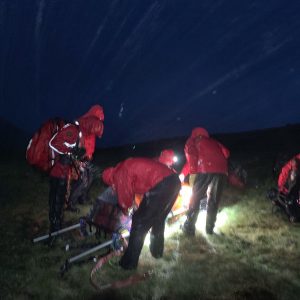 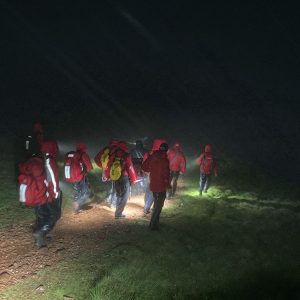 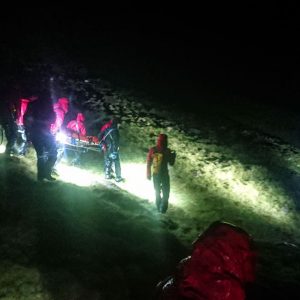 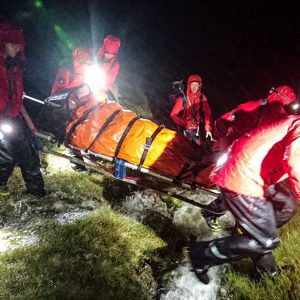 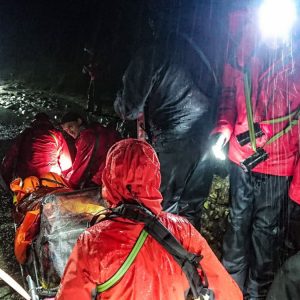 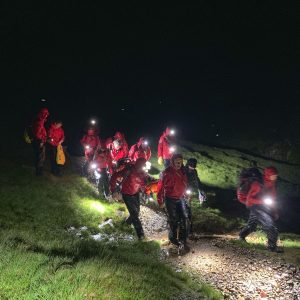 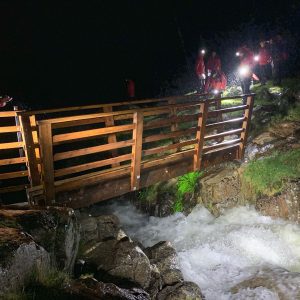 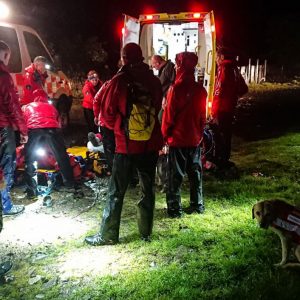 As usual on a Thursday evening the team were training in the base in Keswick, the night’s theme was a refresher session on rigging for rescue. During training one of a team of four gentlemen contacted the team from near Esk Hause in the central fells above Borrowdale as one of their party, a 53 year old man, had slipped and injured muscles in his thigh. They had pitched a tent for shelter and requested assistance as the casualty could not weight bear and had no chance of being able to get down by himself. We abandoned training, got dressed for the conditions and headed up Borrowdale. After such a long dry spell the weather was making up for it with driving rain and swollen streams. The team found the men above Esk Hause and while the team doctor assessed the casualty two team members accompanied the three uninjured men down towards Borrowdale. The casualty was ‘dressed’ in two casualty bags and a plastic bivvi bag to keep the rain off and strapped onto the stretcher. At 6 feet 3 inches the casualty was somewhat longer and heavier than the norm. This combined with the driving rain, the saturated ground and the length of the carry meant frequent stops were required to swap over the carrying team. We handed the casualty over to a waiting ambulance at Seathwaite and headed back to base to dry out kit.