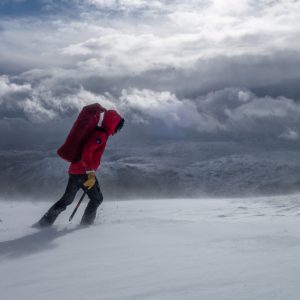 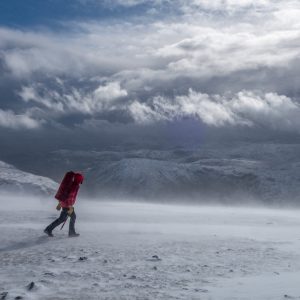 A call came in via his friend of a 40 year man on his own who was lost and disorientated in worsening conditions after climbing to the top of Helvellyn via Striding Edge. Attempts to speak to the man on his phone were hindered by the very strong wind making communication impossible. Attempts to locate him by tracing the location of his mobile phone proved unsuccessful as his phone wasn’t set up to share location data. A team of five set off from base and quickly climbed to the summit from Swirls. Conditions from half way up the mountain were extreme, the local weather forecast was spot on, with 50-60mph winds and blowing snow making visibility very poor and with the very real risk of being blown over. Ice axes and crampons were essential for safe travel. The missing person was located sheltering behind the memorial at the top of Striding Edge. Fortunately he was suitably dressed and no worse for wear. He was escorted down to Scales car park where a team member kindly drove him around to Glenridding where he had left his car. 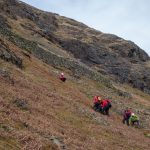