In light of the new guidance on exercise and travel here is the latest response from MREW (Mountain Rescue England Wales). 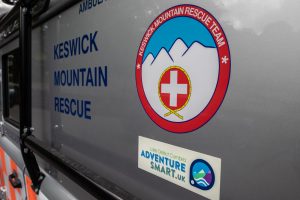 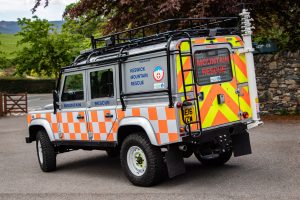 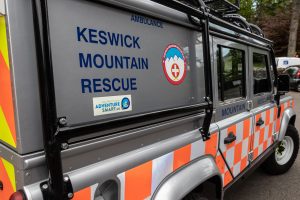 Mountain Rescue teams in both England and Wales are anticipating an increase in callouts as lockdown regulations are eased. This is already an issue in England with the changes announced on Sunday, and teams are aware that it could come later in Wales if the situation changes.

“We’d like to thank everyone who has stayed at home and kept themselves and MR volunteers safe in recent weeks,” said Mike France, SEO (Senior Executive Officer) of MREW, “but we know that this is going to change as lockdown is reduced. On call outs, our volunteers will still need to take precautions with every casualty, assuming them to be positive with COVID-19. They need to do this to stay safe and well themselves and to ensure that teams are available when needed through the summer.”

“Any surge in visitors and call outs is going to put a huge additional pressure on mountain rescue volunteers, in addition to the extra work of using PPE and stringent cleaning of kit and vehicles. Our National Parks are sending out clear messages about staying safe and being respectful of rural communities – we would reinforce those. It is essential that everyone heading for the hills takes responsibility for their own safety and should be aware that mountain rescue response times will be longer because of the additional preparations needed. Ideally, just because the government says you can go out, it doesn’t mean you should.”

In recent years, mountain rescuers have played an important role in spreading the #BeAdventureSmart messages. These focus on planning ahead for forecast weather conditions, wearing and carrying the right clothing and equipment and having the skills and expertise for a planned route. These will be even more important this summer and with an additional factor.

“No matter how much exercise people have been taking at home, in their gardens or local to home during lockdown, most of them may not be as hill fit as they were three months ago,” said Mike. “Anyone planning a day out in the hills needs to break themselves in gradually, not do too much and plan a route that is well within their current capabilities.

“Basically, in England there is a change from stay at home to stay alert and we would say Stay Safe. People can travel to undertake exercise, whilst in Wales the regulations have not changed and although you can exercise more than once a day it is only from your home. This difference is really important to understand”.

·  It is vital that anyone planning a day in the outdoors is #AdventureSmart. Everyone needs to think about their skills and capabilities, anticipate the weather and have the equipment and clothing to stay safe.

·  Mountain rescue volunteers are doing everything they can to stay well and keep an effective rescue service available in the weeks and months ahead. We ask for the public’s support in doing this.

· Any call out to an injured walker, climber or cyclist could involve a large number of volunteer team members, especially if a stretcher carry is involved. This means using PPE and risking the volunteers’ own health and that of their families.

· In Wales you are not permitted to drive to a place of exercise.

Below is a very well written perspective from a team member of Coniston Mountain Rescue Team:

We know that many of you will be desperate to get back on the fells and trails, and to get your Lake District “fix”. The relaxation of the Coronavirus lockdown may have been music to your ears, when the Prime Minister stated that it is now Ok to drive any distance to take your exercise. This came as a total surprise to us as a Mountain Rescue Team (MRT), Cumbria Police, Cumbria Tourist Board, The Lake District National Park and also The National Trust. Simply, the Lake District is NOT ready for a large influx of visitors. The hospitality sector remains closed, some car parks may be re-opening, along with some toilet facilities, but this is an enforced opening due to this announcement to cater for those that do decide to come, rather than an invitation.
Why are we, Coniston Mountain Rescue Team, so concerned about the relaxation of the travel to exercise rules? Maybe if we talk you through what happens it may explain why we’re worried.

Firstly, we are all volunteers – most of us have day jobs from which we take time off to deal with incidents during work hours, or time out of the rest of our lives “out of hours”, and secondly most of us have families who we need to protect. 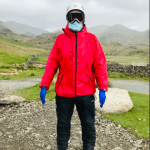