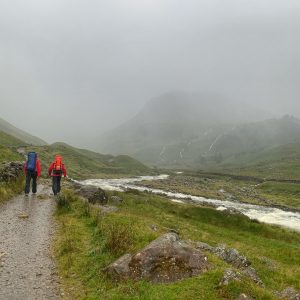 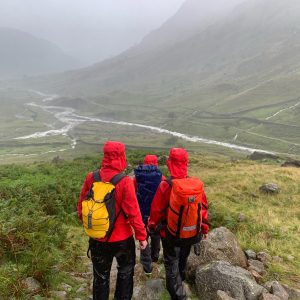 A family group of 6 people, some as young as 16 years old, hired bikes in Windermere with the intention of riding to Wasdale Head Inn to meet up with other family members. They did so against the advice of the bike shop owner who highlighted the weather conditions and terrain were unsuitable for the trip. They did not give a detailed route plan and had unsuitable clothing for the conditions and took minimal provisions.

At 21.00 on 4th August, when they failed to arrive at the Wasdale Head, the concerned family member reported them overdue. Many attempts were made to contact members of the group by calling and messaging all of their six mobile phones. Repeated attempts were also made to locate the party by using the ‘phone-find’ technology used by MR teams. All with no success.

Throughout the remainder of the evening the four team leaders from Wasdale, Keswick, Duddon and Furness and Langdale Ambleside teams discussed the incident in detail. The conclusion was, that given no route description, we would be looking for a needle in a haystack and that the party may well not be in the mountains at all. As such members from some of the teams drove the roads most likely to have been ridden by a cycle party with no success.

At 01.30 the teams stood down and restarted the search at 07.00 to be informed by the police at 08.30 that the party had recently arrived at the Wasdale Head Inn after a very cold, wet and unpleasant night out.

The party explained that they had indeed gone into the mountains from Langdale with a plan to cross via Esk Hause, Styhead and descend into Wasdale, however they had become lost at Esk Hause. They had pressed on with the bikes as far as the boulder fields of Broad Crag before abandoning the bikes and continuing onto the Corridor Route where they went to ground until first light. They then continued onto the Wasdale Head Inn. 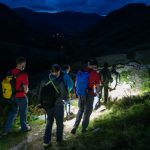 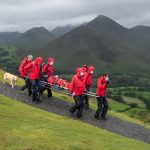