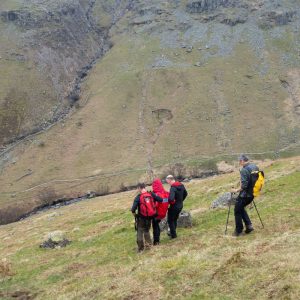 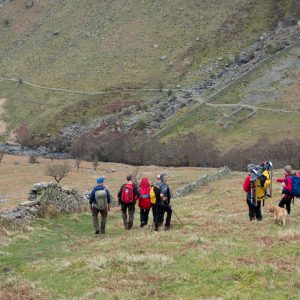 A local walking club were attempting a circuitous hike starting with an ascent up the nose of Eagle Crag, Borrowdale, from Stonethwaite. Part way up the steep ascent one of the ladies starting feeling unwell. She sat on a rock to rest but shortly afterwards fainted and fell off the rock. With no history of such incidents and a continuing unwell feeling they decided to call for help. One of the group descended to the public phone box in Stonethwaite to call the police and mountain rescue. A Landrover with 5 team members was quickly on the way followed shortly thereafter by a Sprinter with more members should a stretcher carry be necessary. The team arrived on scene and did a quick assessment before helping the lady who was able to walk slowly down the hill and back to the Landrover for a lift to their own vehicle in Stonethwaite. 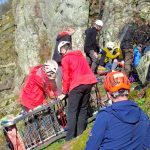 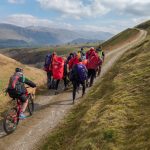