The team received a report of a diabetic lady who had collapsed on the Seathwaite to Scafell Pike path. A small team set off but are stood down shortly after leaving after being informed that the casualty had made her own way down to Seathwaite and was being taken to hospital by her companions. 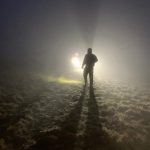