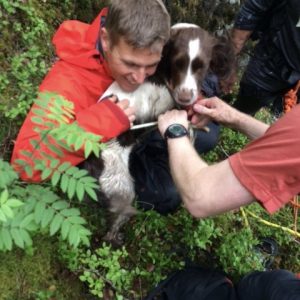 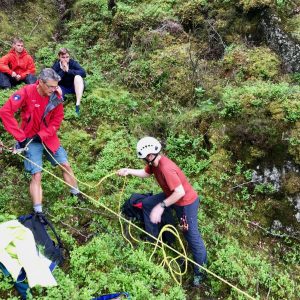 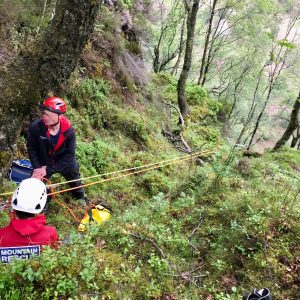 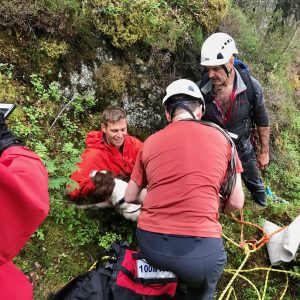 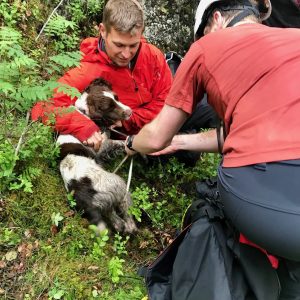 A 1 year old Sprocker Spaniel went missing on Friday in the King’s How area above the Bowder Stone in Borrowdale. The owner searched long and hard for the remainder of the day but eventually had to give up. The search resumed early on Saturday and the good news was that the owner eventually located the dog. However, Rocky (the dog) had somehow managed to get himself stuck on an inaccessible ledge. The Team were called to assist and a rope rescue was put into action. A dog handler from the team was lowered about 20m to the ledge and fortunately Rocky appeared to be uninjured. He was secured to the handler and both were raised back to the top of the crag. Rocky and owner were reunited with lots of hugs and treats. 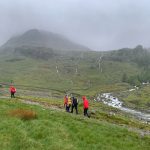 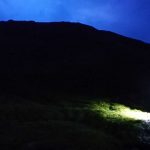