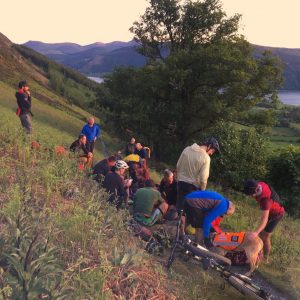 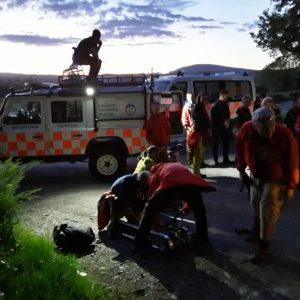 A 61 year old mountain biker fell on a bridleway 200m above the Ravenstone Hotel on the side of Ullock Pike. He had sustained cuts, was badly winded, had a suspected back injury, and was unable to move. Two vehicles were dispatched and once the casualty was found treatment including pain relief was provided. The man was packaged and then stretchered down to the road to an ambulance. 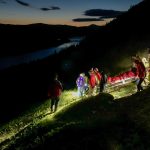