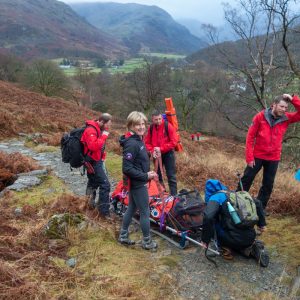 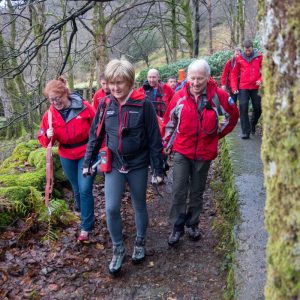 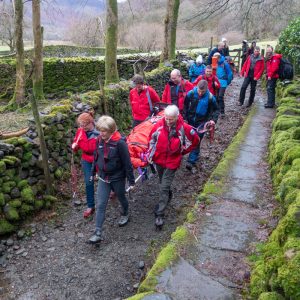 Christmas Eve, the first of today’s three callouts for the Keswick team. A 76 year old male was walking with a group down the path to Rosthwaite from Watendlath when he slipped and fell heavily onto his leg. In considerable pain and obviously unable to continue the party called for help. A Land Rover full of team members left base, shortly thereafter followed by more team members in a Sprinter and made their way to Hazel Bank, Rosthwaite. They then continued on foot to find the man and some of his walking party not too far up the path. The man was given analgesia before loading him onto a stretcher for the carry down. The team would like to extend their heartfelt thanks to the jovial casualty who, in between occasional pained cries as the stretcher was jolted, kept the team amused with non-stop poetry recitals and literary quotations with all the vigour of Brian Blessed. Everyone had smiles on their faces as evidenced in the photos. We wish him a very speedy recovery. 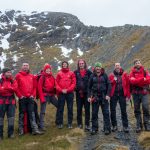 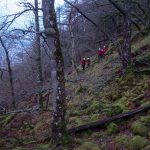