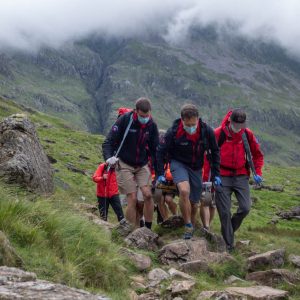 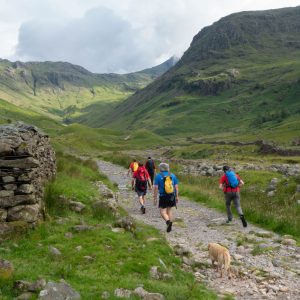 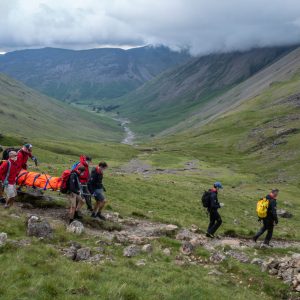 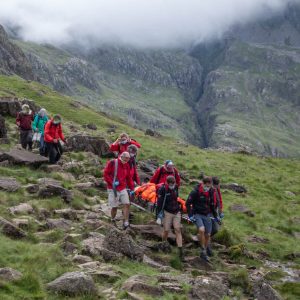 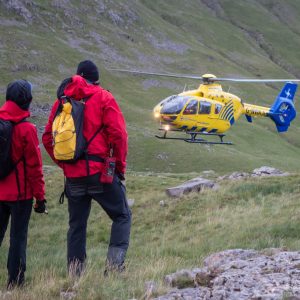 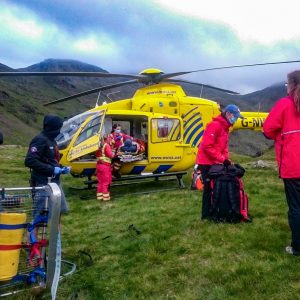 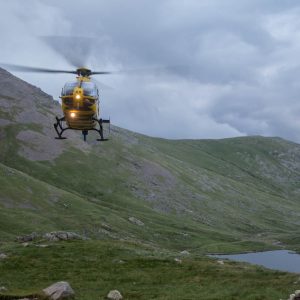 Whilst part of the team were out in the Langstrath Valley dealing with incident no. 26, three more calls came in for assistance. One was relatively minor and was dealt with on the phone. Another incident was handed over to the Langdale Ambleside team as it overlapped their patch and we had few members left to attend as they had gone to our second callout of the evening:

A 71 year old male had reached the top of Scafell Pike with 3 friends and whilst descending took a tumble and damaged his hip and ribs. He was able to descend some way down the Corridor Route back towards their starting point at Seathwaite but the pace was too slow and the pain too great to continue so they called 999 and asked for Mountain Rescue assistance. Fresh team members set off to locate and treat the casualty. They were followed shortly after by team members returning from the first callout of the evening. On reaching the casualty he was assessed and some pain relief was given before being loaded onto a stretcher for a carry down. In consideration of the remote location and the nature of the incident an air ambulance was called. A suitable flat landing spot was found above Sty Head Tarn and shortly thereafter a helicopter from the North West Air Ambulance arrived. A handover was done, the casualty loaded into the helicopter and then the helicopter took off to fly to Barrow Hospital. The team descended back to the valley before driving back to base to sort equipment and do the necessary cleaning and checks in readiness for the next incident. 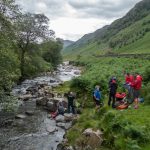 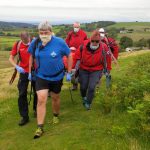