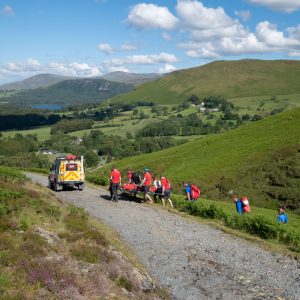 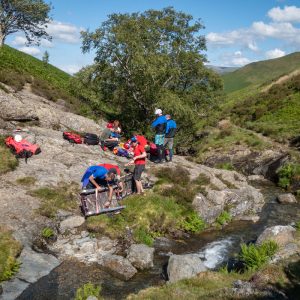 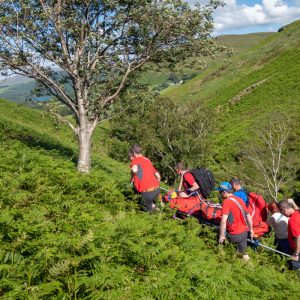 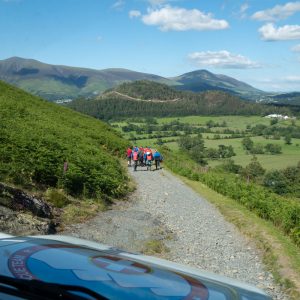 Keswick team were called to the assistance of a 12 year old girl who was with a school group ghyll scrambling in Stoneycroft Beck in the Newlands Valley. The girl was not injured but had a chronic hip condition that had decided to play up at the top of what is called the ‘washing machine,’ a deep pool in the stream involving a jump and swim. Having already descended part of the stream the girl was wet and cold despite wearing a wetsuit, she was in pain and unable to weight bear. Two team paramedics assessed her before she was loaded onto a stretcher and carried away from the stream bed and down the track to the roadside where a NWAS ambulance was waiting to take over.