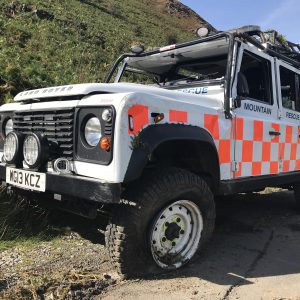 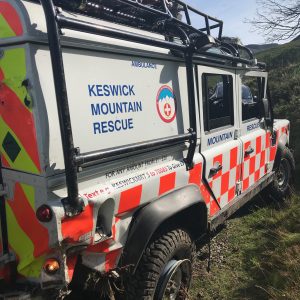 An instructor from a local outdoor adventure company called 999 and asked for Keswick Mountain Rescue to come to the assistance of a 61 year old man who had been ghyll scrambling in Stoneycroft Beck in Newlands. The normally fit and healthy man had a potentially serious medical condition.

A team Landrover with five members set off from base and a number of others went direct to the scene. On driving up the Stoneycroft track the Landrover slipped off the dirt road and rolled down the steep slope landing back on the Newlands road on its wheels. Fortunately, thanks to the design of the Landrover and its fitted roll cage, the five occupants escaped with relatively minor injuries.

Meantime the team members who had gone direct along with a team paramedic and an emergency doctor were able to attend to the casualty who was assessed and evacuated back to the valley to be transported to hospital by air ambulance.

The team Landrover performed faultlessly in protecting its occupants but was left in a rather bad state with all external equipment including a stretcher and telescopic radio mast destroyed. The equipment inside survived but the vehicle itself is beyond economic repair. This leaves the team short of one of it’s main response vehicles and the team compromised until a replacement can be sought as soon as possible. 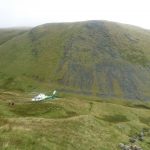 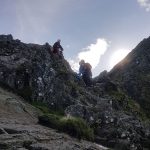