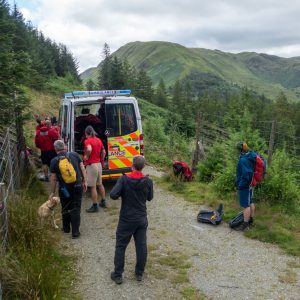 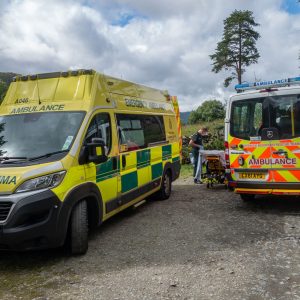 Keswick team were requested to assist an ambulance crew with a lady who had damaged her ankle and was unable to weight bear after falling on the descent path from Helvellyn to Wythburn Church. Once again the use of what3words came in useful, on top of a grid reference, with a location of ///wipes.companies.elite. This 3-word reference pinpointed the casualty position on the intersection of the forest track and footpath which meant that we would be able to drive directly to the casualty. Just in case there was an error some of the team were dropped at the Wythburn Church car park to make their way up the path on foot. The casualty had already been treated by the ambulance crew so it was a simple matter of transporting her in the team bus to the ambulance in the car park below. 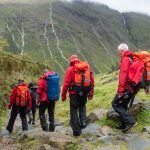 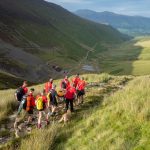