Chris Higgins (a Team Member since1996, and a Deputy Leader since 2000) has become only the 5th Team Leader in 66 years!

After serving 20 years in the post, Mark Hodgson MBE stood down at the Team’s AGM on Thursday 30th January 2014. The team is one of the busiest in the country with around 150 rescues each year. Its new leader is Chris Higgins. Chris will be ably supported by two new Deputy Team Leaders, Paul Barnes and Chris Harling along with the existing leaders, Simon Hodgson and Chris Gilyon.

Congratulations to Chris and his deputies and and a big thank you to Mark for his considerable contribution to mountain rescue locally, regionally and nationally.

Since its inception in 1947, the previous Team Leaders have been Lt Col Rusty Westmorland OBE (who preferred to be called the Captain), George Fisher MBE, Mike Nixon MBE and Mark Hodgson MBE. 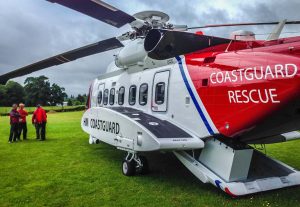