Today was a chance for existing team members to get to know the potential new probationary members a bit better and to find out a little about their capabilities and self reliance on the hill. Essentially the team needs to know that new members are capable of looking after themselves and are comfortable in the terrain and conditions in which we regularly find ourselves. We left Seathwaite and wandered along the track to Stockley Bridge then up the nose of Seathwaite Fell through Aaron Crags following a steep gully. 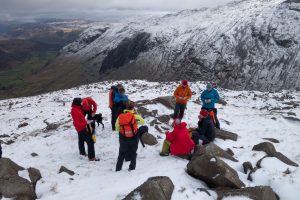 Each pre-probationer was given a micro-navigation exercise to find a tiny feature marked on the 1:25000 map such as a ring contour, re-entrant or similar. 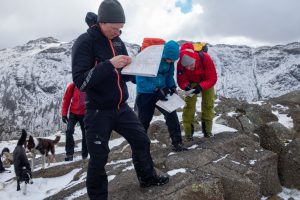 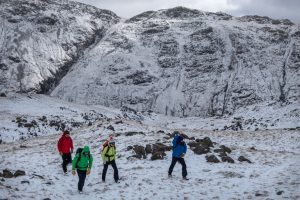 Conditions were mostly fine with some new snow, a moderate but cold wind and just the occasional shower but all took it in their stride. The views were stunning at times. 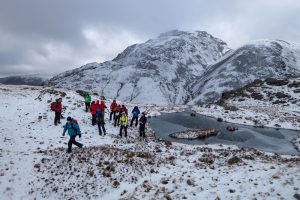 Pre-probationers navigating their way around the Borrowdale fells. 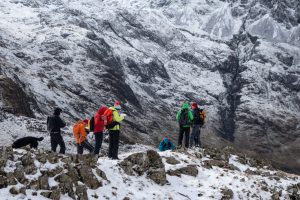 Looking over to Pier’s Ghyll 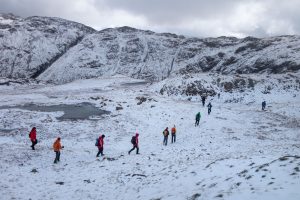 Which tarn are we looking for?

Close to Sprinkling Tarn we came across the remains of a long-abandoned camp so four members stayed to pick up the mess left behind (destroyed tent, sodden sleeping bags, bottles, cans, rubbish, etc) and carry it back down Grains Ghyll to dispose of properly. 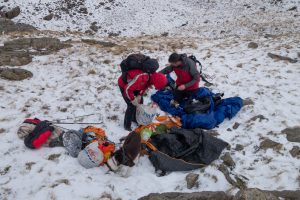 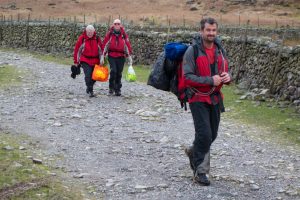 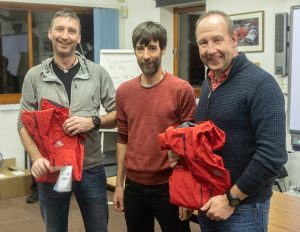 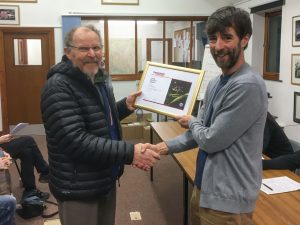