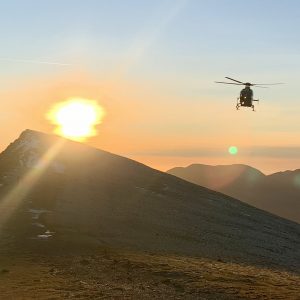 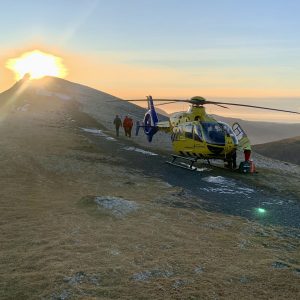 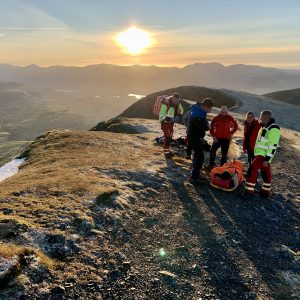 Having ascended Hall’s Fell to the summit of Blencathra a 70 year old male suddenly became ill with chest pains. Team members were urgently dispatched and air ambulance assistance requested. Helimed 08 (Blackpool) was quickly on scene just as the team were making their way up Blease Fell. The helicopter medics assessed and treated the casualty and MRT helped stretcher him to the nearby helicopter. He was then flown to Lancaster hospital for on-going treatment.