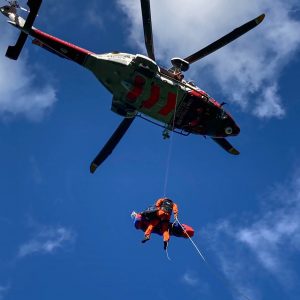 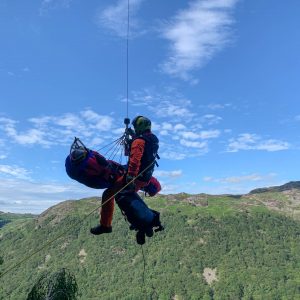 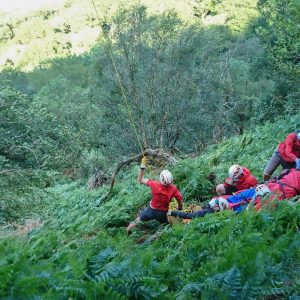 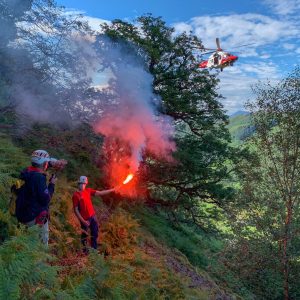 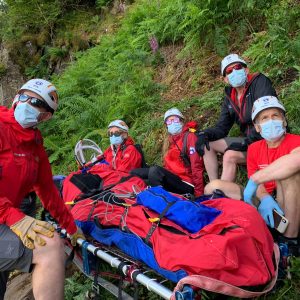 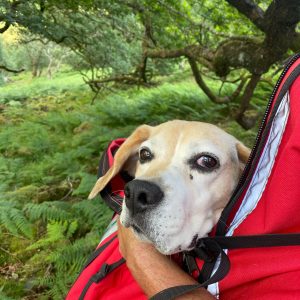 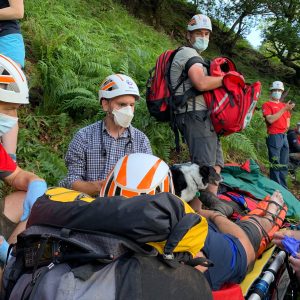 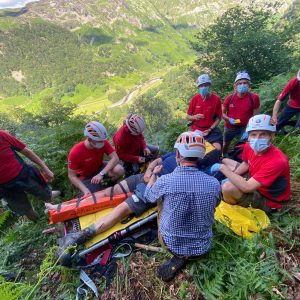 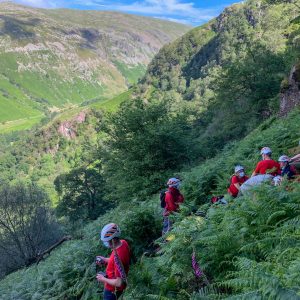 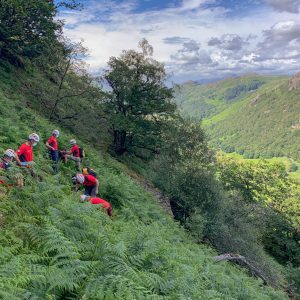 Calls for help were heard coming from below Broad Haystack above Stonethwaite in Borrowdale. A passerby heard them and raised the alarm but could give no details of the incident. The team arrived and from the bottom located the casualty high up between Little Stanger Gill and Broad Haystack thanks to another passer by who had climbed up to investigate and then made themselves visible to the team. The approach from below was very steep and mostly composed of loose boulders hidden below waist-high bracken. The initial shouts for help were made by a 51 year old male who had witnessed his dog fall from a cliff and in his haste to reach him had fallen himself some considerable height sustaining serious injuries. As the team arrived the man was more concerned for his dog than himself. One of the team’s dog handlers assessed the dog whilst the man himself was being examined. Whilst the man was being given analgesia and treatment his 12 year old dog was placed in one of the equipment bags to be carried down for a visit to the local vet. Due to the very steep, loose and potentially hazardous terrain for a stretcher lower/carry a coast guard helicopter was requested. Even when the helicopter arrived it was not a straight forward winch operation due to the tight and steep location and the fact there was very little wind, helicopters like wind. The casualty was finally winched up and flown to the RVI in Newcastle for treatment.

Many thanks to the highly skilled Coast Guard helicopter crew for their help in a tricky location and to the local female who had climbed up to investigate the calls for help and stayed with the casualty until rescue arrived. We wish both the man and his dog a speedy recovery.