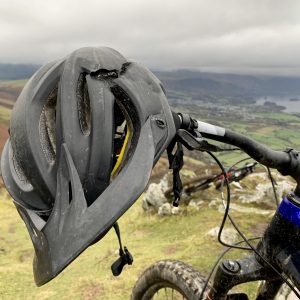 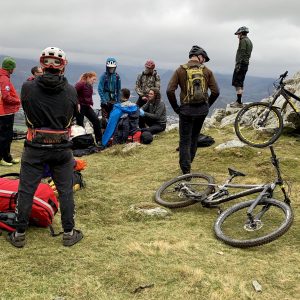 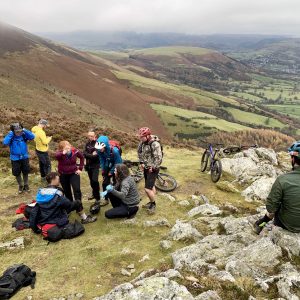 A 31 year old male mountain biker crashed whilst descending from the summit of Skiddaw towards Carl Side. As well as hitting his head, resulting in a loss of consciousness, he also appeared to have broken a collar bone. The team dispatched a Land Rover which made its way up to the col behind Dodd with the expectation that it would be a slog up to the summit and a stretcher carry down. However after using an inner tube as an improvised sling to protect the injury, the casualty felt well enough to start walking down with his friends. The group were met at White Stones where one of the team paramedics carried out a thorough assessment of the patient before continuing the walk down to the Land Rover, a short distance away. He was then driven to Keswick where his friends took him to hospital for further checks.

Note the damaged helmet photo – this no doubt saved him from serious injury.