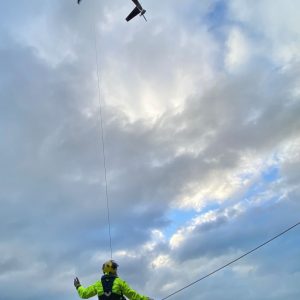 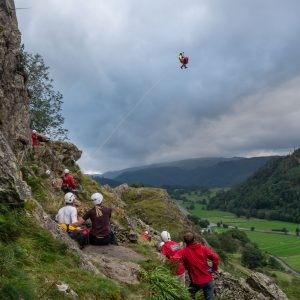 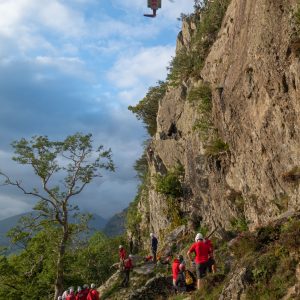 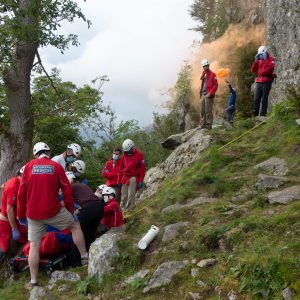 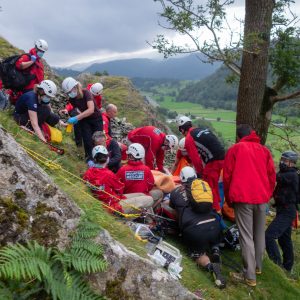 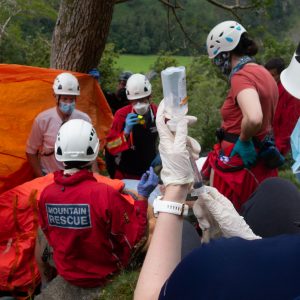 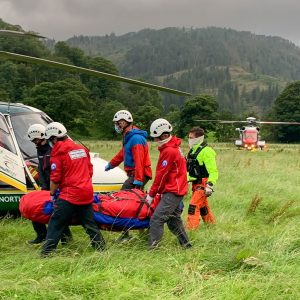 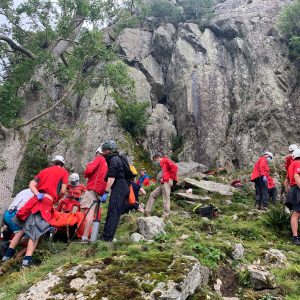 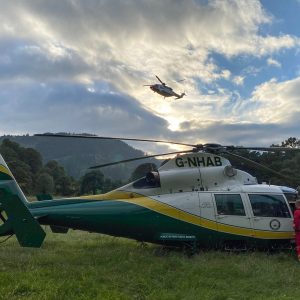 A 60 year old male climber on a route called ‘Gazebo’ on the south crag of Castle Rock of Triermain in the Thirlmere valley took a leader fall from about 40ft up. The rock protection the man had placed whilst climbing ripped out and he hit the ground before tumbling down the steep slope below coming to a stop when his rope came tight. His belayer secured him to a tree with the ropes to prevent further sliding down the slope before calling 999 and asking for mountain rescue and reporting head injuries. In light of the serious nature of the incident an air ambulance was immediately requested. A team Landrover with five team members quickly left the base followed shortly after by two more vehicles and other members going direct. Information was initially scant regarding the situation of the climber until one team member who lives locally reached the scene and was able to confirm location and to some degree his condition.

A quick medical assessment was done and it was clear that the casualty needed to be moved away from the steep crumbling scree so that a proper assessment could be completed and any treatment given. After an awkward manoever involving many hands the man was placed on a vacuum mattress and carefully lifted up the slope. Once on a flatter and more stable surface team medics and the HEMS doctor from the air ambulance were able to further assess and treat the casualty. A Coast Guard helicopter had also been requested to assist in extraction of the casualty considering the awkwardness of his position and the seriousness of the injuries. Being very close to the base of the crag and a tree it was necessary to stretcher the man to a clearer position so he could be winched into the Coast Guard helicopter. He was then flown down to the air ambulance who then flew him to Preston Hospital.