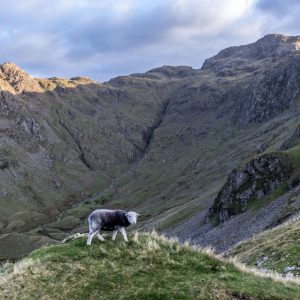 Two men had climbed Corvus on Raven Crag, they topped out as it got dark but then lost the path on their descent back to Stonethwaite. The men called 999 and said they had been on Raven Crag but didn’t know their exact location. Further attempts at contacting them failed including Phone Find. A small team was gathered to go and search. Meantime one team member, who lives in Borrowdale, could see lights and heard calls went to investigate. A couple of teachers staying in the Borrowdale Valley also heard their shouts for help and got to the men just before the team member. They were led back down to the valley.