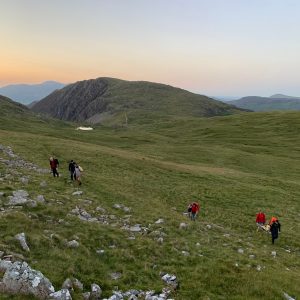 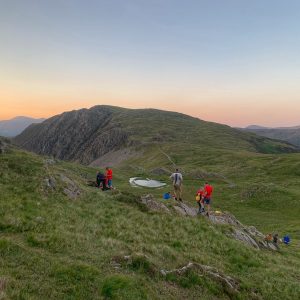 A Duke of Edinburgh group was walking from Buttermere was one of them became ill with heat exhaustion at Dale Head tarn. The group’s instructor dialled 999 for the Police and asked for Mountain Rescue. The team was deployed to the group via Honister and on arrival assessed the casualty’s condition with further team members and a stretcher en-route. The casualty had already rested and cooled and with the team’s assistance was able to slowly walk back to his school’s bus waiting at Honister.