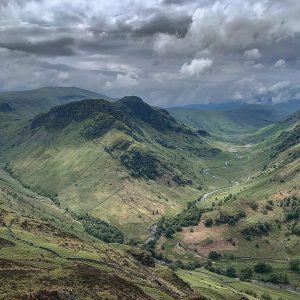 A 70 year old man set off on a day walk in the Langstrath valley early on Thursday morning. When he did not return home as expected his son called the police. Keswick Mountain Rescue and Lake District Mountain Rescue Searchdogs teams were deployed to cover possibilities around the man’s intended route over Eagle Crag and Sergeant Crag. A Coastguard helicopter also assisted with the search.

In the early hours of the morning the man was found, but tragically he had sustained fatal injuries from a fall. Our deepest thoughts and condolences go to his family and friends.