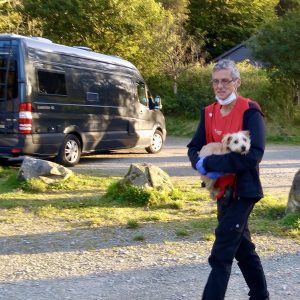 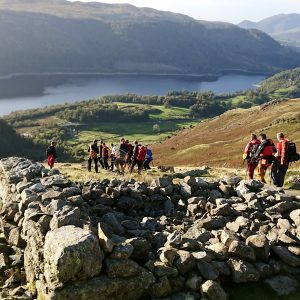 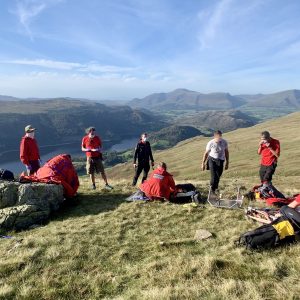 A 67 year old male became exhausted whilst descending Helvellyn to Swirls car park by Thirlmere. He was reported to be cold and unable to take on any sustenance. Two Keswick MRT vehicles were dispatched and the first team members quickly made contact with the casualty. An examination revealed he had a low blood sugar level but after warming and being provided with fast acting carbohydrate he started to recover. As the man was still weak it was decided to stretcher him down to the car park. Whilst the man and his wife were very grateful for the help, their two friendly-looking dogs did not seem quite so appreciative, but that’s another story involving a few minor bites and a dose of antibiotics.