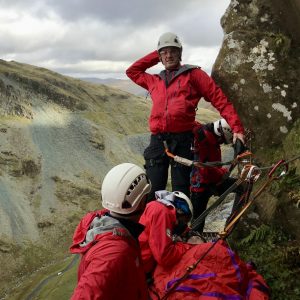 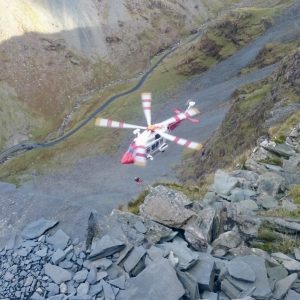 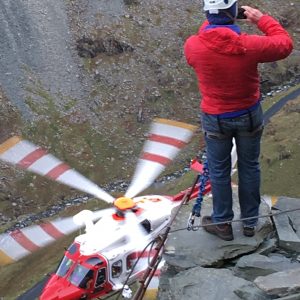 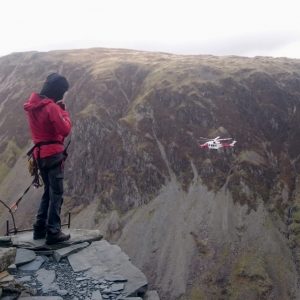 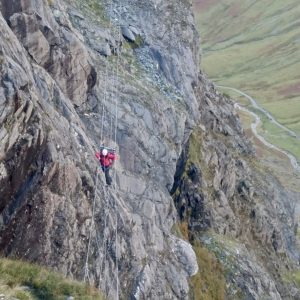 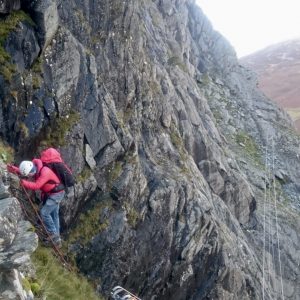 A 13 year old boy was with his family on a guided trip up the via ferreta on Fleetwith Pike. On the final steep section he slipped and despite the safety system fell a short distance hurting his chest. The guide reported the incident and looked after the boy whilst the Keswick MR team was dispatched. On arrival some team members crossed the wire bridge to get to the casualty site whilst others made their way up to the exit of the via ferreta. The team doctor assessed the boy and provided some pain relief. In the meantime options for an extraction were considered. As there was loose rock in the vicinity it could have been risky to lower a stretcher from above so a coastguard helicopter was requested which flew in close and winched the boy up and then made their way to Carlisle hospital. It is understood the boy suffered some bruising to his ribs but is making a good recovery. He probably wasn’t expecting quite as much adventure when signing up for the via ferrata.