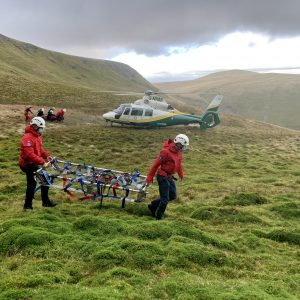 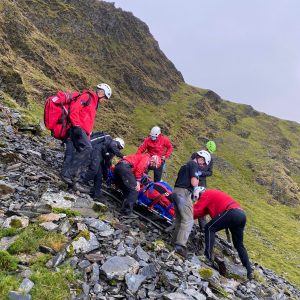 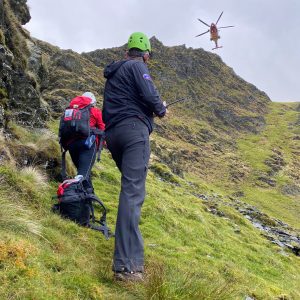 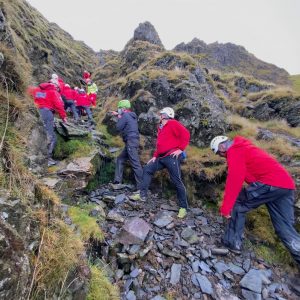 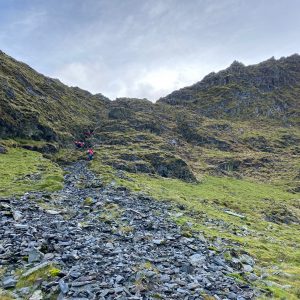 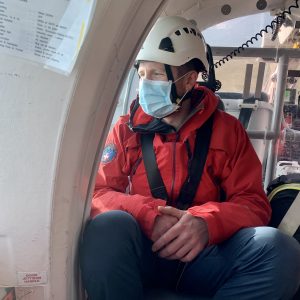 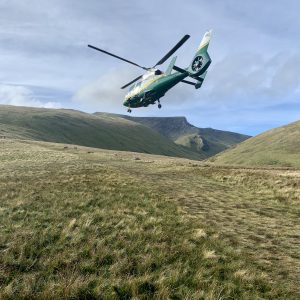 A father and son were ascending Sharp Edge, on Blencathra, when the father slipped and fell most of the way down the north gully. A witness to the accident called 999 and Helimed 58 was immediately dispatched and delivered a doctor to the scene in a very short space of time. In the meantime the son had scrambled down to help his father as best as he could. The air ambulance then returned to Mousthwaite Combe and picked up several Keswick team members taking them to the casualty site. While the medical team were treating the man’s serious injuries Coast Guard helicopter support was requested to winch the casualty out of the gully. Unfortunately this plan had to be abandoned due to turbulent wind conditions. So after packaging, the casualty was lowered on a stretcher to a safe area and loaded onto Helimed 58 who flew the man to Newcastle Royal Victoria Infirmary.