A lady who was rescued by the Team after a fall from Dodd Crag, Shoulthwaite, in 2011, visited the Team on Tuesday at its HQ. She came to meet the Team members who had been on the rescue, and to present them with a donation. It was very moving for Team members to hear her side of the story, as she was rendered paraplegic by the accident, and has spent considerable time in a wheelchair during the intervening years. As a former nurse and midwife, she was able to identify how critical the immediate care that the Team administered was, in ensuring that she made a viable recovery from her injuries. She was full of praise for the expertise and commitment of the Team.

It is not that common for the Team to hear the full story of the aftermath of such rescues, as the privacy of patients is carefully guarded by hospitals. We train strenuously to provide the best possible immediate care to casualties, so that they have the best life chances following accidents. It is always inspiring when we hear how patients come back from serious injury. 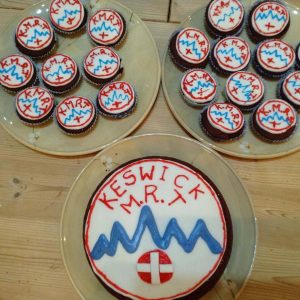 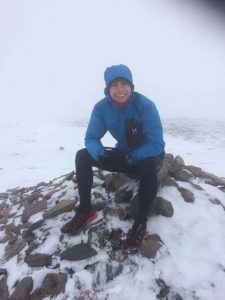