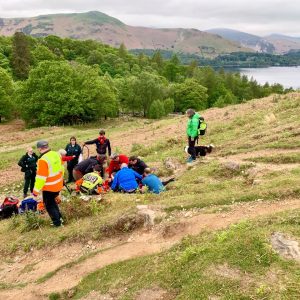 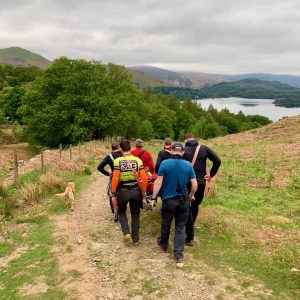 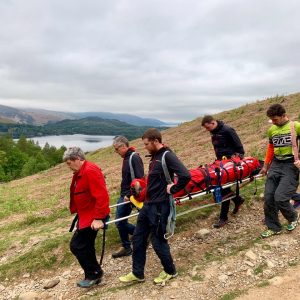 A 50 year old man taking part in the 50km trail run as part of Keswick Mountain Festival, took a fall on the trail descending to Ashness Bridge. He lost consciousness briefly and suffered an injury to his head. Two event paramedics were on scene quickly and called the team out to stretcher the runner down to the road. The team sent two vehicles of team members and were with the casualty quickly as he was only 200m from the road. Once he was put into our vac mat and onto the stretcher he was sledged down to the waiting ambulance. 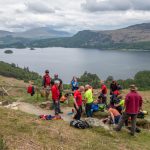