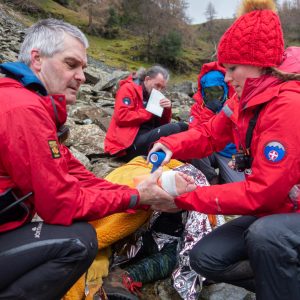 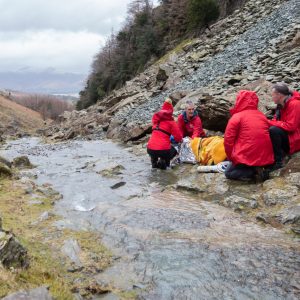 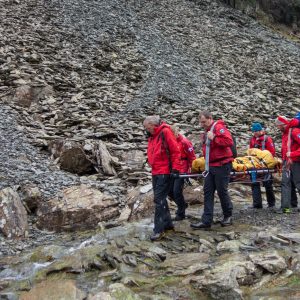 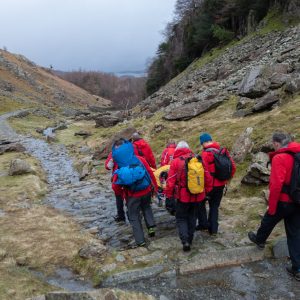 In very changeable weather a couple were making their way down the Allerdale Ramble behind Castle Crag in Borrowdale when the lady went over hard on her ankle. She felt immediate pain and knew she had likely broken it. They called 999 and asked for Mountain Rescue help. Two vehicles left the base and drove down an incredibly watery Borrowdale Valley to Hollows Farm campsite where they raced up the track to the back of Castle Crag. Having been lying on the cold and wet ground and despite many layers having been placed around her the casualty was getting quite cold. On arrival the lady was given a heat blanket and wrapped in a warm casualty bag before being assessed. Some pain relief was given before splinting her lower leg. The casualty was then stretchered down, through crazy heavy hail showers, to the team vehicles from where she was transferred to a waiting NWAS ambulance in Grange for transport to hospital. 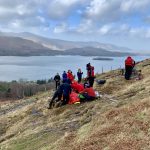 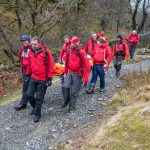