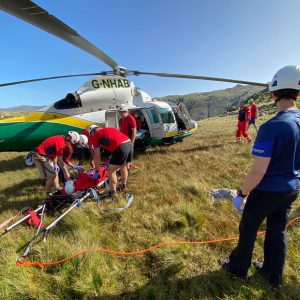 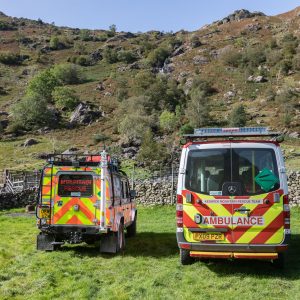 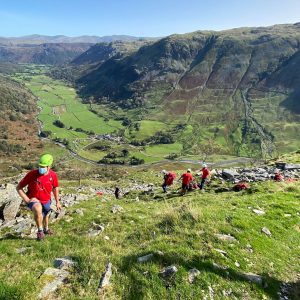 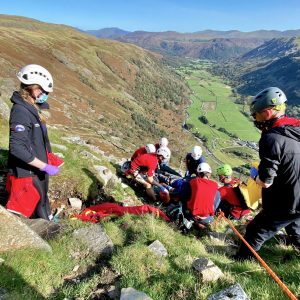 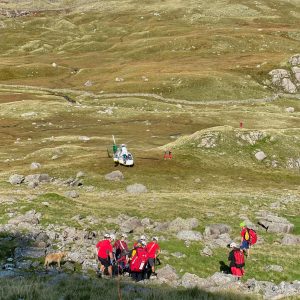 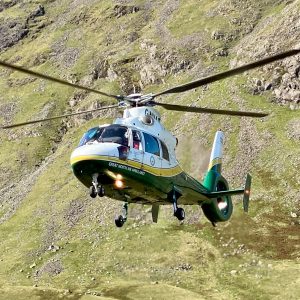 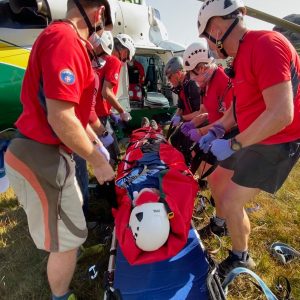 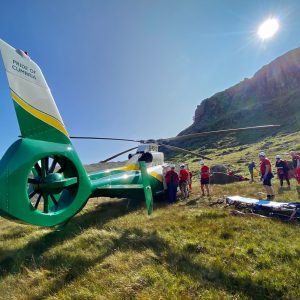 A 54 year old man was following steep and bouldery path up the Hanging Stone ridge of Base Brown above Seathwaite. Whilst negotiating a step he took a backwards fall and tumbled approximately 50 metres down the rocky slope, stopping just short of another steep drop. A couple that had briefly joined him on his walk witnessed the accident and called 999 and asked for Mountain Rescue. Because of the severity of the fall and possible serious head injuries the air ambulance was requested to attend. On arrival the helicopter searched the slopes but could not locate the casualty so flew down and landed at Seathwaite until Mountain Rescue could find the man and make an assessment of his injuries. On locating the casualty, the decision was quickly made to request the air ambulance to pick the casualty up from the top of Sour Milk Gill in order to speed his recovery off the hill. The casualty’s wounds were dressed and he was placed in a vacuum mattress, to minimise any further movement, before being stretchered to the awaiting helicopter for onward transfer to Carlisle Hospital. 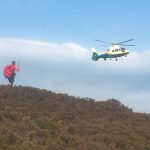 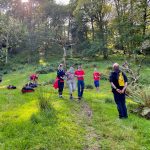