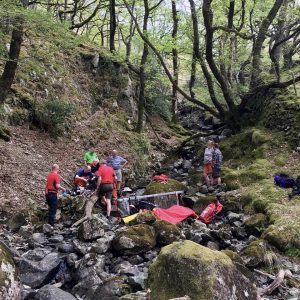 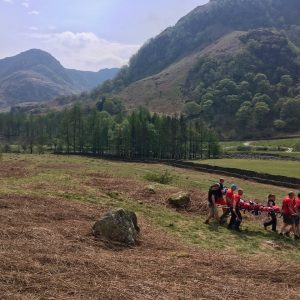 A 76 year old male fell approx. 8 metres from the steep path, that descends from Dock Tarn to Stonethwaite, into a rocky steam. He had sustained what appeared to be a broken leg and banged his head and chest in the fall. His friend called for help from the nearby Langstrath Inn and soon after two Keswick MRT vehicles were dispatched as well as the Air Ambulance which landed near Stonethwaite.

Pain relief was provided before the casualty was carried by stretcher to the helicopter and then flown to the Cumberland Infirmary at Carlisle for further treatment. 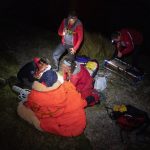 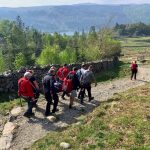