A group of four walkers requested assistance after becoming stuck on steep ground on Seathwaite Fell. The Wasdale Team were initially contacted but as it became clear that the incident was in the Keswick area, responsibility switched to Keswick MR. Two vehicles were dispatched, but later, further information was received that the party had managed to get themselves out of difficulty and were on safe ground. After this was verified the vehicles returned to base. 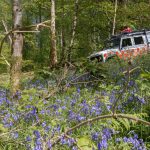 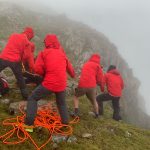