The iconic Sty Head stretcher box has finally come to the end of its life and has been replaced by the latest iteration. This is similar to the one at Mickledore which is looked after by the Wasdale MR team, and hopefully its the aluminium structure will provide many years of service in the extremes of weather famous in this area. On a recent warm sunny day a group of team members supported the helicopter lift. 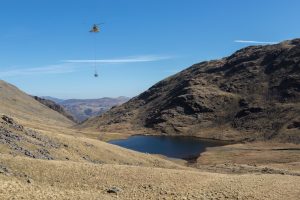 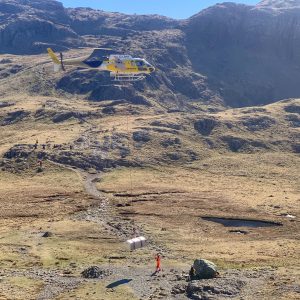 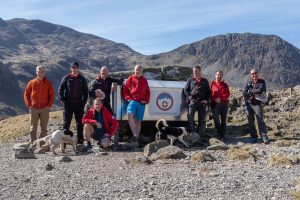 There used to be 6 of these mountain rescue ‘Kits’ placed strategically round the Lake District mountains, but most have now gone. Not many people are aware of their origin. The following account is adapted from an article written by Des Oliver. Des was a National Park Ranger and an active Keswick Mountain Rescue Team Member for 54 years.

All Mountain Rescue Kits and Mountain Rescue Posts used to be marked on OS maps. A Kit identified a location where a quantity of rescue equipment had been placed at a suitable place on the fells and a Post identified the location of the HQ of the local rescue team. There have been Rescue Kits in one form or another since the late 1930s when people involved in climbing or hillwalking agreed to provide stretchers and First Aid equipment stored in rucksacks. These were placed were at suitable locations, hotels or farms at valley heads.

The pre-war St John’s Ambulance Brigade of Borrowdale did answer calls when people were injured in their locality, but in the main it was ‘climber helping climber’. In 1938 this facility moved forward when a Mountain Rescue Kit was established on Sty Head Pass.

The kit comprised a St John’s stretcher in a wooden box container, painted black and white for easy spotting in bad weather. Also, a ‘suitcase’ containing bandages, etc was placed in a wooden box on a pole alongside. The thinking behind this provision was to allow climbers to rescue themselves rather than having to call others. 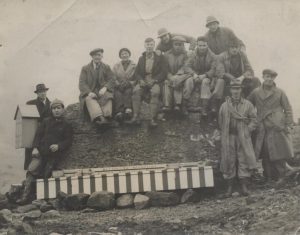 This kit lasted until the late 1940s by which time Mother Nature had done her worst and the whole lot had disintegrated and been spread over the hillside, plus quite a bit into Sty Head Tarn!

It must be remembered that there were no organised Mountain Rescue Teams at this time so when someone was injured on the fells, people were totally reliant on these rescue kits. With the establishment of Mountain Rescue Teams in the late 1940s and into the 1950s, it was agreed to replace the kit on Sty Head. A much more substantial box was constructed and paid for by the national Mountain Rescue Committee and it was carried up by Keswick MRT. This box had a Thomas stretcher, blankets and rucksack containing first aid kit, all stored inside. Access was gained through a lid which had a chain bolt type fastening. This lid proved to be the box’s downfall, for two reasons. People opened the lid and used the box to shelter in, of course, also allowing the elements to pour inside. Also, strong wind affected the lid, eventually preventing it from closing properly.

At this stage, it was agreed to provide rescue kits at various locations in the Lake District fells and six in all were set up and maintained by the rescue teams in the respective areas.

Weather naturally took its toll on the boxes. As a result, Keswick MRT was asked by the MRC to replace the box on Sty Head. A local joiner was contracted to design and construct the box – bearing in mind the fate of the two previous boxes. The end product proved to be a much more robust container. This box would hold similar kit as before, but access was gained through a lift-up door at one end. A helicopter, with the box slung underneath, took to new box to the site. Four angle iron legs were concreted into the ground and the box was bolted into place. The whole job was done on a pleasant, sunny Sunday in the mid-1960s. 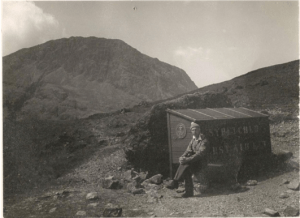 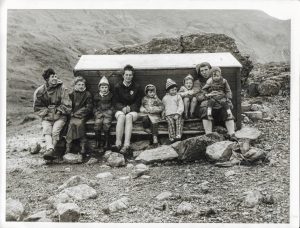 Some 30 years later, showing signs of wear and tear, the box was again airlifted – back to Keswick MRT’s HQ – where it was repaired before being returned to Sty Head – the idea being that it would hopefully remain for at least another 30 years. The repairs were carried out by a Team member, the son of the joiner who made the box in the 1960s. 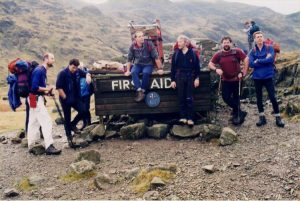 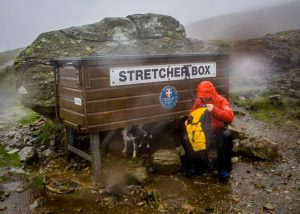 And approximately 30 years later the latest version is in place. 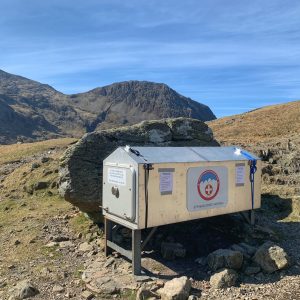 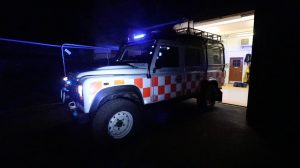 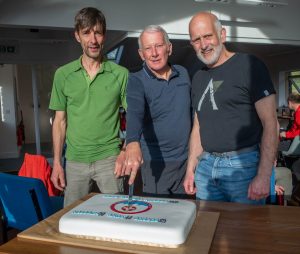