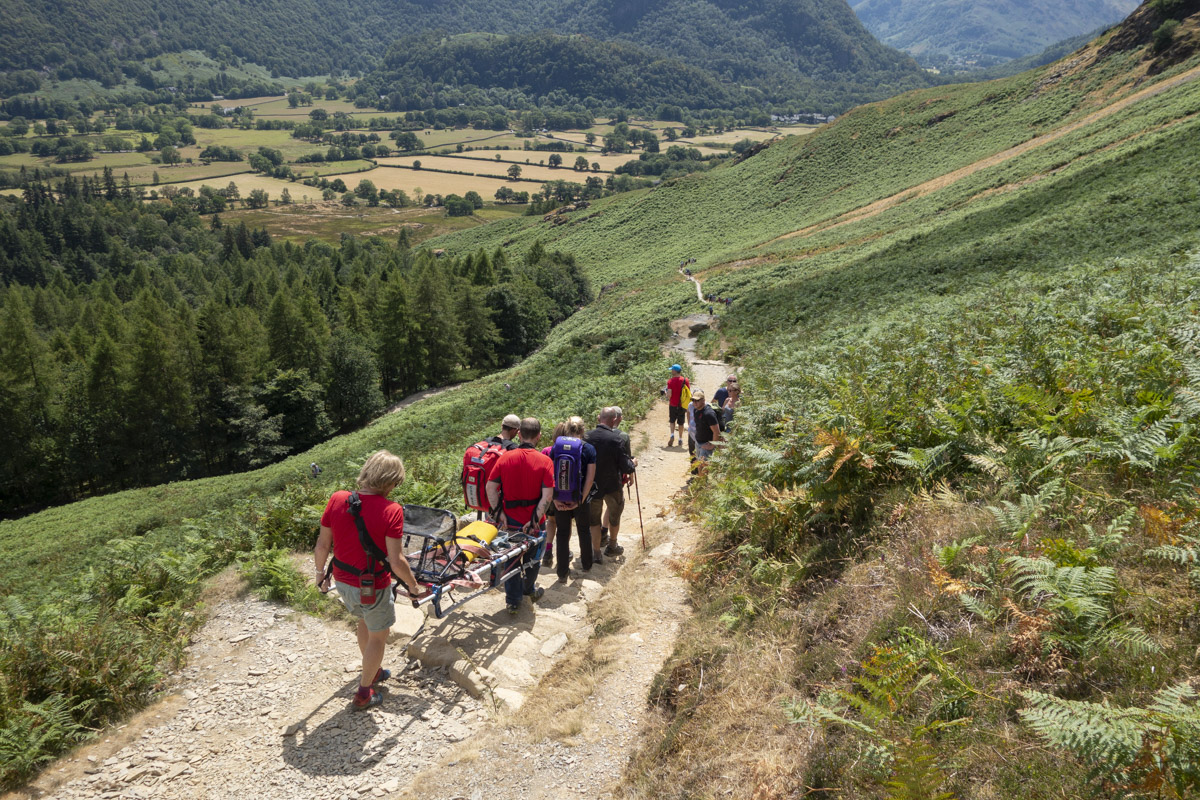 The team were called to a 58 year old man who had fainted during a warm climb up Catbells. A team of 5 left base quickly in the Landrover followed by a Sprinter with a further 3 members. Team members were quickly on scene doing an initial assessment of the casualty. A team paramedic arrived shortly after and did more thorough checks. The man was able to walk himself off the hill with assistance and was met at the road by an NWAS ambulance crew and transferred to hospital.