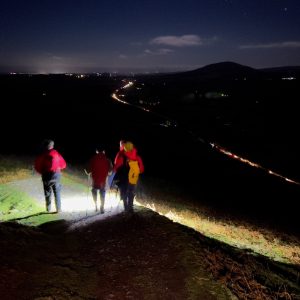 A man reported himself lost near the summit of Blencathra after getting disorientated in cloud. The team used Phonefind to pin point his location and with the aid of his compass directed him to an exit path off the summit. However with intermittent phone reception and with fading light the team felt it prudent to send out a small team to meet him on his descent. It turns out it was the man’s 78th birthday and he had treated himself to a walk up the mountain. After wishing him a happy birthday he was accompanied down to the car park.