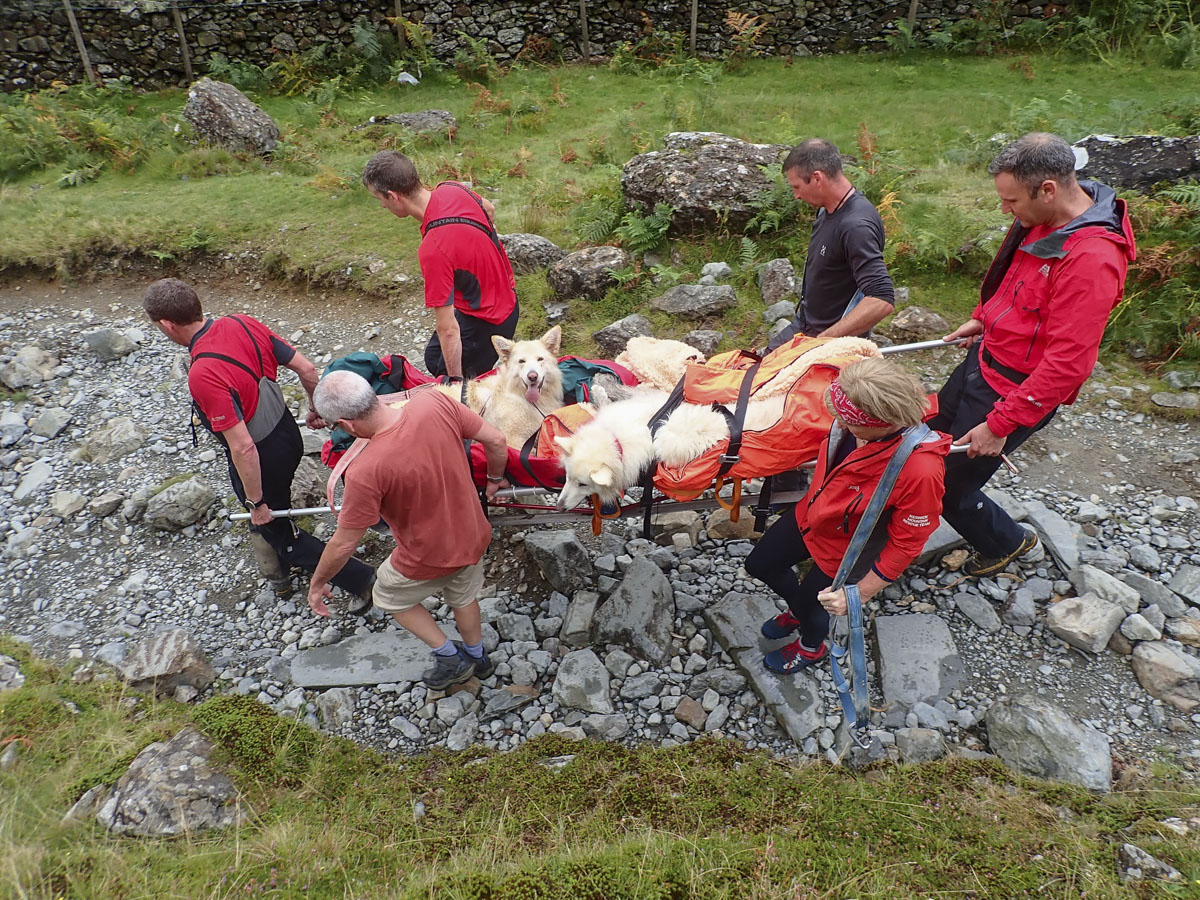 Two white German shepherd dogs (Lexi and Shyler) fell around 30ft off a crag on Castle Crag above the Allerdale Ramble path. Lexi made it’s own way down to the path despite it’s injuries. Shyler decided to follow Lexi over the cliff but came to rest at the foot of the crag with a suspected broken leg. The team, were able to drive to the location up the Allerdale Ramble from Grange and, on assessment and discussion with the dog owner, decided the best course of action was to stretcher Shyler down to the path. A ‘nest’ of a vacuum mat and casualty bag was made up into which Shyler was placed and strapped in. A back rope was used to aid the steep descent down the scree to the path. Lexi was also then placed on the stretcher and both dogs were carried down to the end of the road near Hollows Farm campsite where they could be taken by the owners to the vets.
9 members – 2 hours and 5 minutes