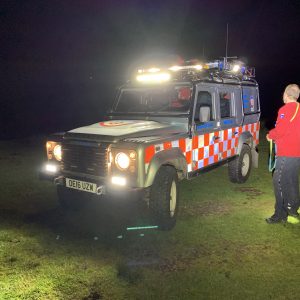 The Coast Guard received a ‘Mayday’ message shortly after midnight from an unidentified vessel. The message was received via the Derwentwater mast with no more information. Conditions on Derwentwater were wild with strong winds and relatively large waves so Keswick MRT, the Fire Service and the Coast Guard were tasked to search all parts of the lakeshore whilst Maryport Inshore Lifeboats launched one of their boats to start searching the lake. Rescue 936 arrived from Caernarfon and performed an aerial search of the lake. When the lakeshore and water had been covered the search was called off with nothing found.