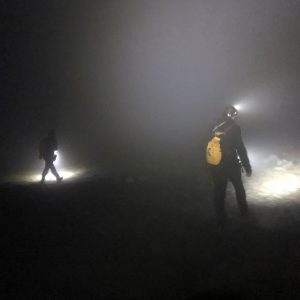 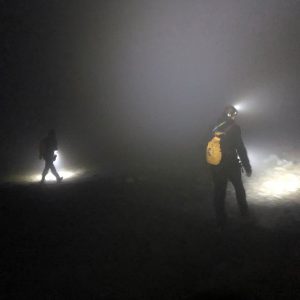 A couple walking in the central fells became lost on their route back to their campsite at Seathwaite. One of the couple had Type 1 diabetes and, since they had been out longer than they were prepared for, was by now overdue their insulin. The couple called 999 and asked for Mountain Rescue. Keswick Mountain Rescue were able to place their location through PhoneFind as being near to the summit of Glaramara. Due to the potentially serious nature of the incident, two team trucks were deployed with one team going ahead to quickly locate the casualty. The casualty was assessed and it was determined that they could be walked off the hill without treatment.

Even in the height of summer, we recommend you have a map and compass, which you know how to use, a head-torch, extra layers, and additional food and drink. For ‘back-up’ we also recommend using a navigation app such as OS maps or Outdoor Active which can confirm your position.