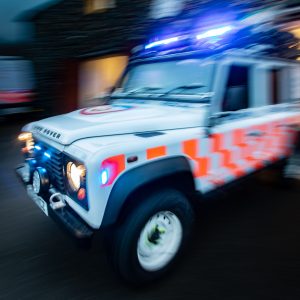 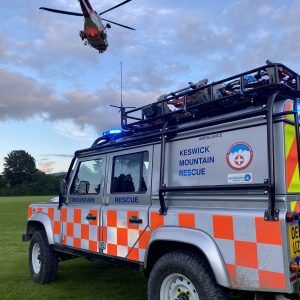 A 19 year old who had been swimming in Scales Tarn, at Blencathra, became unwell, cold and weak after getting out. As he was part of a large party, the group leader called 999 and both Keswick Mountain Rescue and the North West Air Ambulance were deployed to the area. The air ambulance was able to land nearby and provide initial treatment before being re-deployed to a more critically injured casualty elsewhere. The mountain rescue arrived shortly after and also assessed the man who had by now made a full recovery and was able to walk off the fell with the rest of his party.