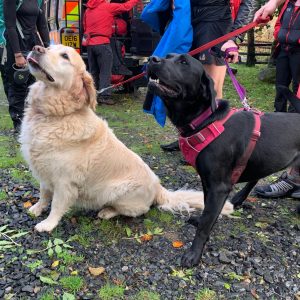 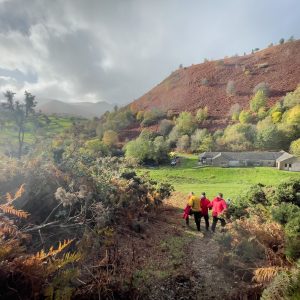 A 71 year old man was out on his own walking his dogs on Braithwaite How. A few minutes after passing another walker he had an apparent seizure, collapsed and became unconscious. Incredibly one of his dogs, a black labrador, ran after the passing walker barking to get her attention and tried to get her to return, which she duly did. She found the other dog, a golden retriever, lying by the unconscious man. She phoned 999 for assistance and Keswick MRT sent out a vehicle with other team members going direct. By the time the team had arrived the man had regained consciousness and after an assessment by a team medic he was able to walk down the hill to an awaiting ambulance. He was then taken to hospital for further checks.