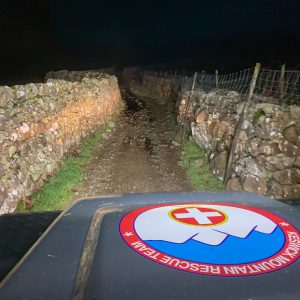 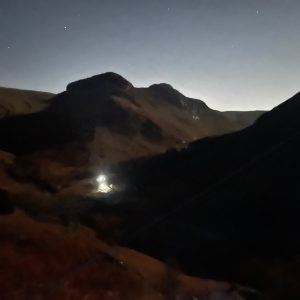 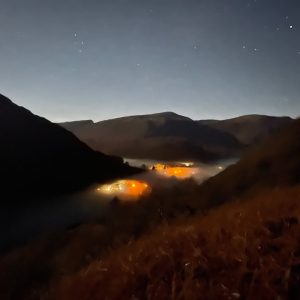 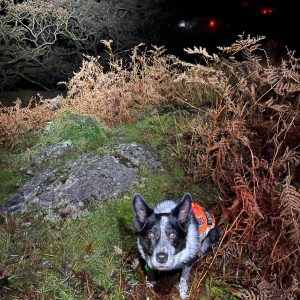 Keswick team received a call from the police after a report that a 21 year old male had not arrived at Gatesgarth, Buttermere as planned. The man’s plans were to walk from Ambleside, likely following the Coast to Coast route, over to Borrowdale and camp in the vicinity of Stonethwaite before continuing to Buttermere the next day to his rendezvous. The male is normally fit and well and experienced in the outdoors and the weather had been fine. After further enquiries there was a suggestion that he may have simply mixed up his dates and set off a day late and may therefore be camping at Stonethwaite. The police requested KMRT to make a search of the planned camp area and surroundings to see if the man could be located safe. On a beautiful clear night a small team set off along with two search dog handlers to search the immediate areas of the likely planned camp area including the woodland, village, campsite and up and around Fairy Glen. Once the requested search task was completed the team returned to base. With no subsequent tasking from the police the next day the incident was closed.