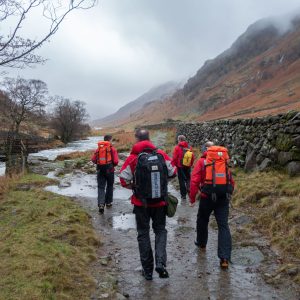 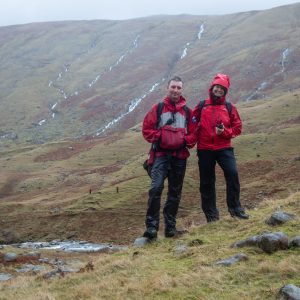 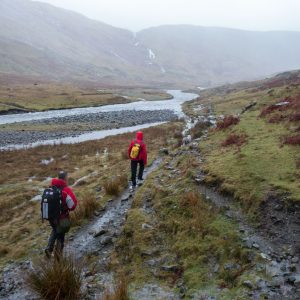 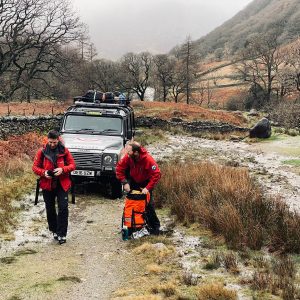 Keswick were alerted to an ongoing search for a missing party lost after climbing Scafell Pike. The Wasdale team had been out searching during the night after a father and son did not return after a walk. Various Lakes teams were subsequently tasked to cover the different routes leading to the central fells area. Despite having had a phone conversation with the party no fix on their position was available, not even a phone find. Keswick sent a small team into the Langstrath Valley as part of the search and the team made their way up both sides of the valley in conditions that were extremely wet underfoot. When the team were just beyond the path up towards Stake Pass we received news the missing pair had been found and given the all clear to return to base.