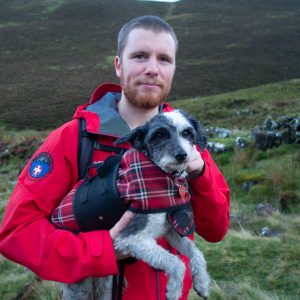 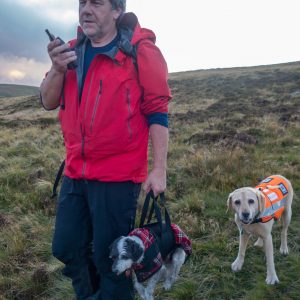 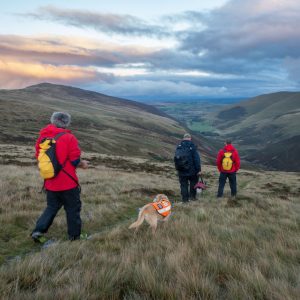 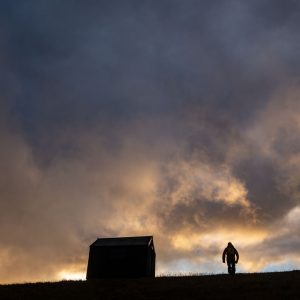 A man was walking a section of the Cumbria Way from Keswick to Caldbeck with his nine year old dog when after a long wet day the dog refused to carry on. They had just gone past Lingy hut en route towards High Pike in the Caldbeck Fells. The man attempted to carry to dog but it was too tiring and they were both getting cold so he returned to Lingy hut after calling 999 and asking for Mountain Rescue help. A small team drove to Mosedale mines from where they quickly climbed up to the hut where they found the man and his dog. With visions of Great Danes and Rottweilers and the possibility of having to call more team members to stretcher the dog off the team were pleased to find a small and easily portable cold, shivering terrier. The pair were escorted down to the track at Mosedale road end where one of the team members was able to drive the man and his dog to their accommodation in Caldbeck.