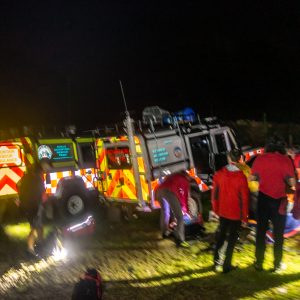 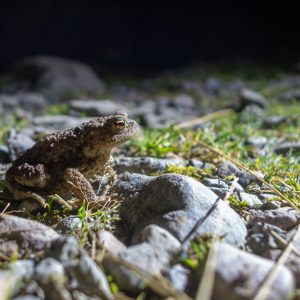 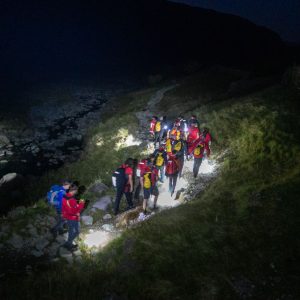 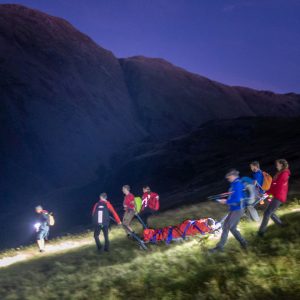 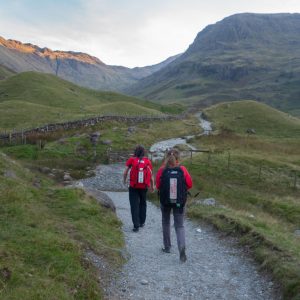 Just like last week as team members were preparing to go to the base for the weekly training session we received a message from Cumbria Police of a 47 year old lady who had injured her ankle on returning from a walk up towards Scafell Pike. With the prospect of a reasonably long stretcher carry and no shortage of team members three vehicles set out in response. It was the first time we had used the borrowed Edale Mountain Rescue Land Rover (thanks again guys). On a beautiful warm late summer evening the team made their way up from Seathwaite towards Sty Head Pass where they found the casualty about 500m short of the tarn. The lady’s injury was assessed and after a box splint had been applied to stabilise her ankle she was assisted onto a stretcher for a carry back down to the valley.  Whilst carrying the stretcher it is the responsibility of the front person to shout to warn the others about upcoming obstacles; large rocks, drainage ditches and the like. An unusual shout was heard twice on the descent of ‘FROG.’ No frogs (or toads) were harmed during this rescue.