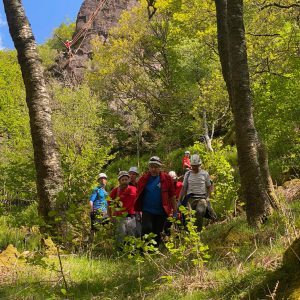 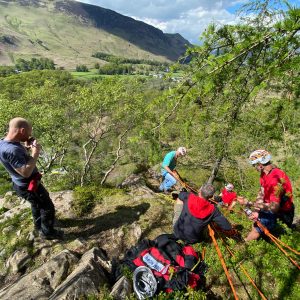 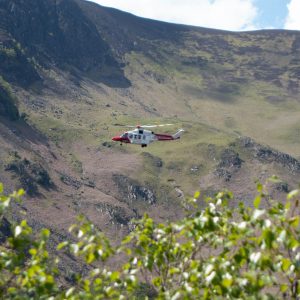 A rock climber took a leader fall from a route on Quayfoot Buttress in Borrowdale sustaining very serious injuries. The incident was witnessed by someone in the car park below and they called 999. The team responded quickly with two vehicles heading up valley. Once at the crag a small team went up to the top of the crag to perform a roped rescue, lowering a team paramedic down to the casualty. The team paramedic then attached the casualty to himself and our ropes for a lower off to the reception party of more team members with a stretcher and air ambulance paramedics who assessed and did some initial treatment. The casualty was then stretchered down to the car park to an awaiting ambulance before being transferred to the GNAAS air ambulance for onward transfer to the RVI hospital in Newcastle. Many thanks to the coast guard helicopter which was also called due to the nature and seriousness of the incident in case of the need for a winch evacuation.