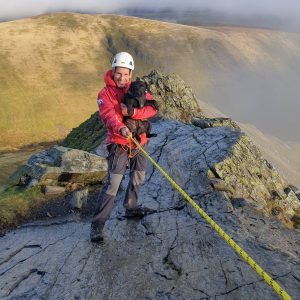 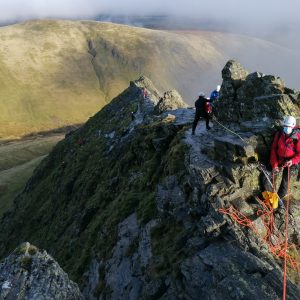 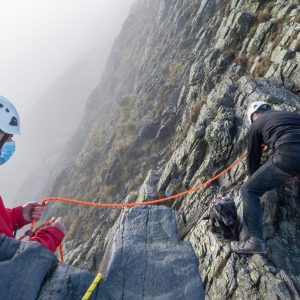 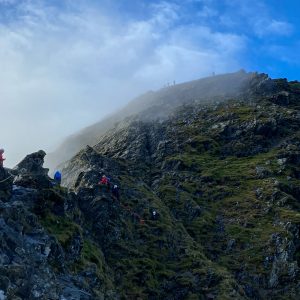 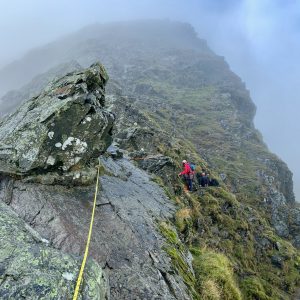 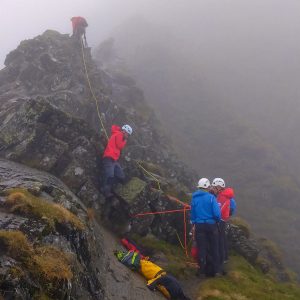 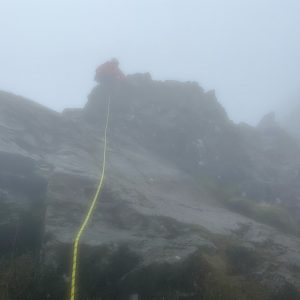 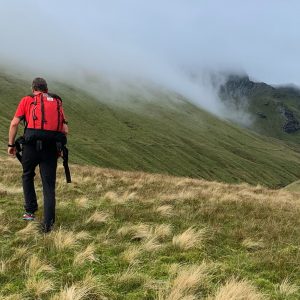 Two 19 year olds and a dog became crag fast whilst attempting to climb Sharp Edge and called 999 for Mountain Rescue help. Despite it being a reasonable day (not raining) they found themselves unable to move up or down on the extremely greasy, slippery slabby rock. Five team members left base and were joined by four more who went direct to Mousethwaite Comb from where they all made their way up to the foot of Sharp Edge. One team member climbed with a rope along the ridge adding protection along the way then fixing the far end close to the casualties, thus forming a safety line along which other team members could climb in safety. The casualties were harnessed up and given helmets then with the protection of the fixed line were able to move assisted along the slippery slabs of the ridge back down to a safe path. The dog was fortunately already wearing a harness which allowed it to be clipped on and protected too.