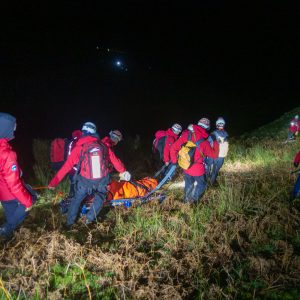 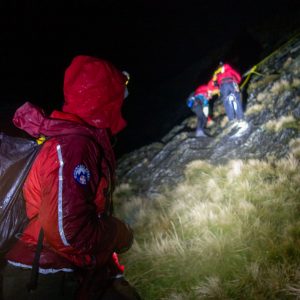 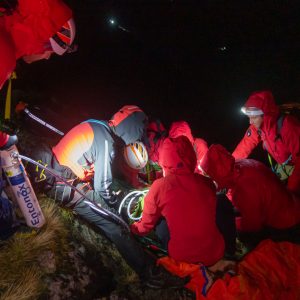 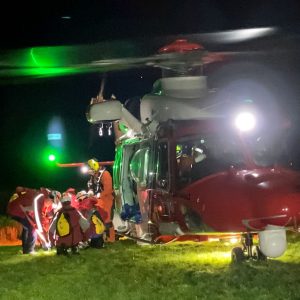 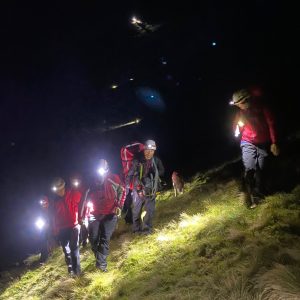 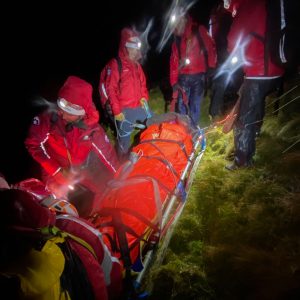 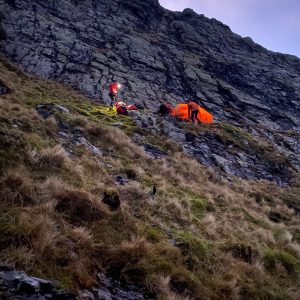 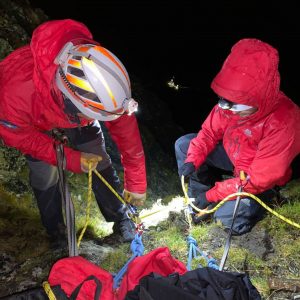 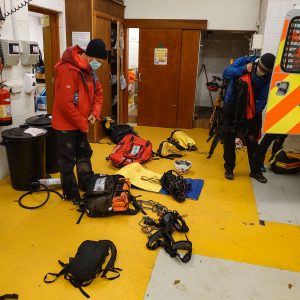 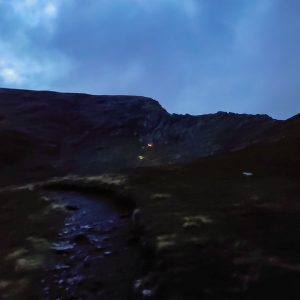 A couple on their second date decided to climb Sharp Edge on Blencathra. In slippery conditions part way along they wisely opted out of continuing along the ridge but unfortunately tried to descend from the ridge down towards Scales Tarn. The man slipped and fell from part way down. Instinctively he put his arms out to try to avoid tumbling and ended up sliding fast and bumping down the steep rocky slope until he came to rest on a ledge some 60m further down. His partner was then stuck on the crag unable to go up or down. Keswick team responded approaching from below Mousethwaite Combe and requested air ambulance and Coast Guard helicopter assistance. On their arrival weather conditions meant neither helicopter was able to assist directly with the rescue. Team members were split into two parties with a hasty team going to assist the fallen man approaching from the tarn, the second party climbed up to and along Sharp Edge in order to get to and lower the woman to safety. Many thanks to the passer by who had gone to the man’s assistance and given him extra clothing to wear whilst waiting for the rescue team, the man’s torch light was very useful to locate the casualty.

On arrival a group shelter was used to protect the casualty against the increasingly inclement weather. Heat blankets were used to keep the casualty warm whilst he was being assessed prior to evacuation. The man’s successful attempts to not tumble in order to avoid potentially far more serious injuries meant that all the impact had been on his lower back, ribs and leg. Strong analgesia was given before immobilising him in a vacuum mattress and placing him on a stretcher for a rope-assisted lower down the mountain.

Meantime other team members had climbed along Sharp Edge securing a safety line along the ridge. A belay was set up and a team member lowered to locate and secure the crag-fast female. Once harnessed and helmeted, the woman and rescuer were lowered to easy ground at the foot of the crag above the tarn from where they were able to walk down. The man was then taken to Glasgow hospital by Coast Guard helicopter that had waited in a field at the base of the mountain.

Apparently, despite the drama of their second date a third one has already been discussed.