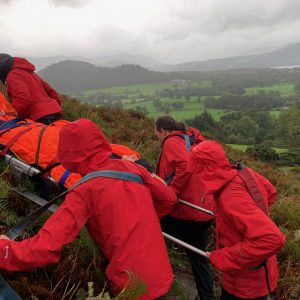 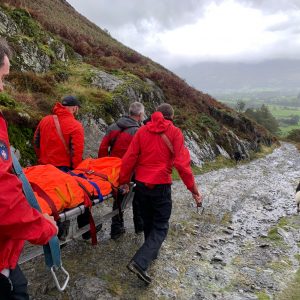 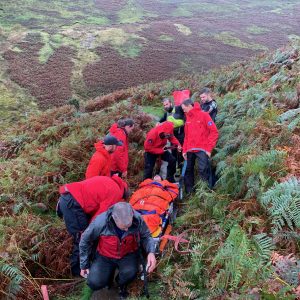 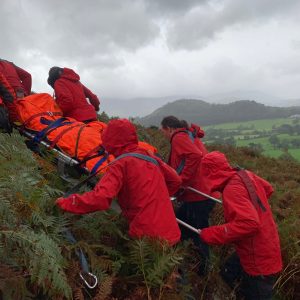 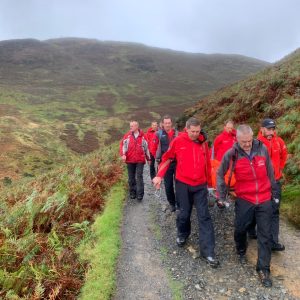 
A group of 6 had been ghyll scrambling in Stoneycroft Beck in Newlands when one of the party, a 22 year old man, went over on his ankle and was unable to continue.

A team Landrover with five members set off from base along with our Mercedes Sprinter meeting up with a further team member at the foot of the ghyll. There was some discussion about whether the Landrover should be driven up the track as this was the site of our other Landrover rolling just three weeks ago. In an effort to ‘exorcise’ a few demons, the Landrover proceeded up the track past the accident site and up to within a few metres of the casualty. The young man was assessed and splinted and then stretchered down to the road where he was taken by the group’s minibus to be checked at hospital.

You’ll be pleased to hear that the Landrover had an uneventful drive up and down the track and returned to base unscathed!