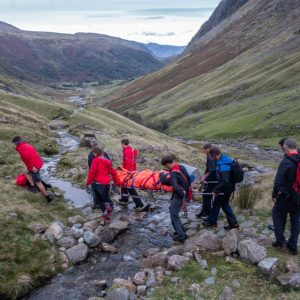 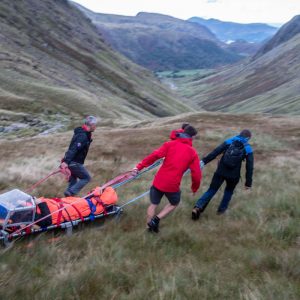 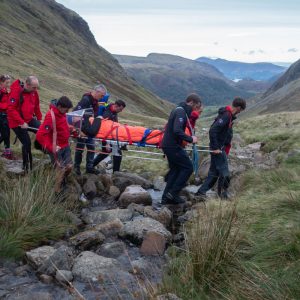 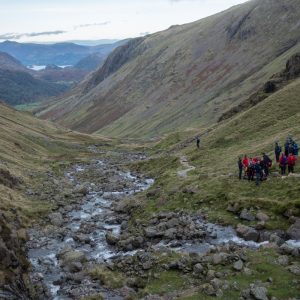 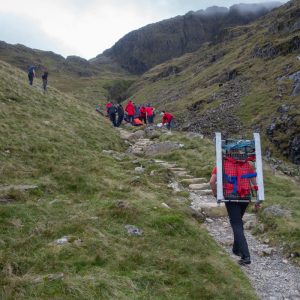 A group were scrambling up Cust’s Gully on Great End when one of the party dislodged a boulder causing an injury to his knee. At this point the group had mobile reception and a call for help was made. Keswick MRT were alerted by the police but subsequent contact was difficult as they had unknowingly descended into a mobile blind spot. They had also indicated to the police that they may attempt a self rescue using equipment in the stretcher box at Sty Head. Their exact location was therefore unknown. With this in mind a couple of team members went up Styhead Gill to the stretcher box whilst the rest of the team made their way up Grains Gill. The casualty’s group were found in Ruddy Gill having made some progress in helping their friend down the path.  After an examination the casualty was stretchered to Seathwaite and taken by the friends to hospital for further checks.