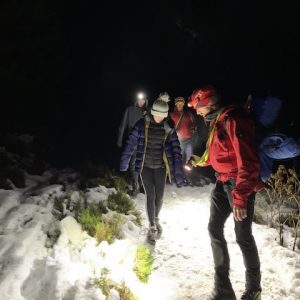 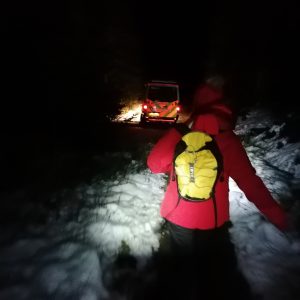 A young couple out for a night walk with head torches ended up getting lost in the maze of Whinlatter Forest. They eventually called for assistance and Phonefind confirmed their position as just south of Lord’s Seat. The Team Sprinter was able to drive close to their location and after a short walk the couple’s head torch was spotted and they were found just off the path. Somewhat embarrassed by their predicament, they said they were going to bake and sell cakes in order to make a donation to the team. We’re just glad they’re ok and that they made the decision to call for help.