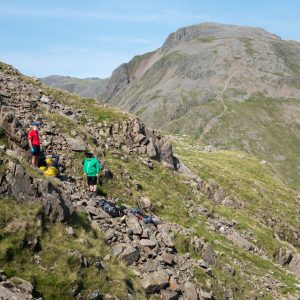 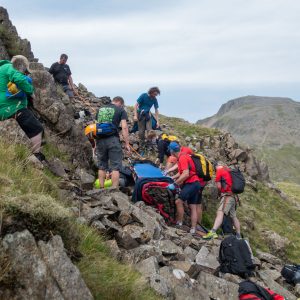 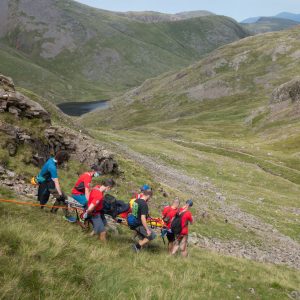 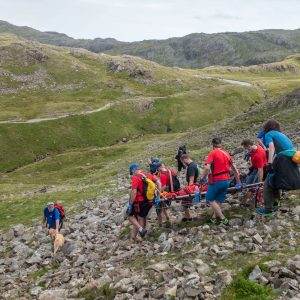 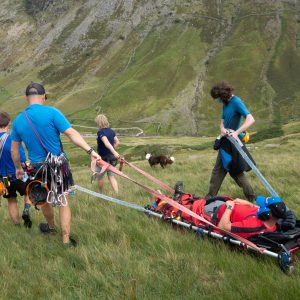 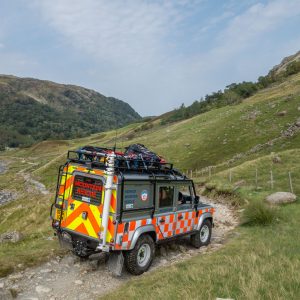 Two men were descending below The Band on Great End, above Sprinkling Tarn, when one of them had a nasty tumble amongst the sharp and loose boulders resulting in a deep laceration to his calf. Fortunately the pair who had camped out on Esk Hause the previous night were very well prepared and his mate did a good job of dressing and bandaging the injury with their own first aid kit. His friend helped make the casualty as comfortable as possible with his injured leg elevated to help reduce pain and swelling. They were then able to call 999 and ask for Mountain Rescue assistance. With Keswick team members low in numbers Cockermouth team were asked to help out due to the anticipated long carry out. When enough team members were present the man was loaded onto a stretcher and carried down the scree slope, initially with the help of a safety back rope due to the steep and rough ground. It was then a case of doing shifts on the stretcher for the long carry back to Seathwaite via Sty Head. We were extremely grateful for the help of the 7 Cockermouth team members, thanks guys. The Keswick Landrover was able to transport the casualty part way back along the valley bottom track to their car from where they made their own way to hospital. 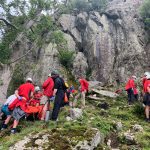 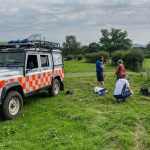